Can prayer kill? written by Sue 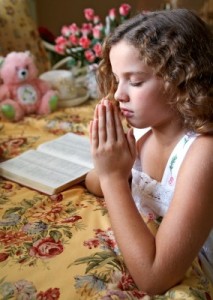 I saw this article tonight as I checked the local news and I couldn’t believe it!  This poor girl DIED because her parents chose to pray for her instead of taking her to the doctor when she was getting progressively worse.  Please read the short article

To top it off, these parents are requesting that the charges against them be dropped!  I have nothing against believing in your faith and praying for help and whatnot, but when someone is sick, especially a child, and you do NOTHING that angers me.  Diabetes is a very manageable condition and that girl could have lived a full and productive life, but instead her parents ignored the obvious.  I am in such disbelief over this and quite frankly really pissed off!  She was a child, you ignored her, and now you should go free????  Yes, they will probably live with horrible guilt for the rest of their lives, but you should not use religion as an excuse.

9 Responses to Can prayer kill? written by Sue