Banning smoking in vehicles when children?!?!?!?! 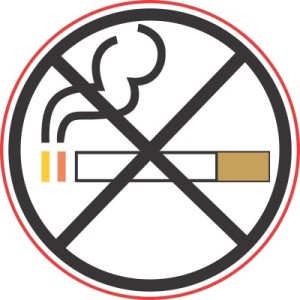 This has been in our news again and I wanted to know what others think.  They want to ban smoking in vehicles that have children in them.  It has happened in a few other provinces and now they are trying to legalize it in our province of Manitoba.  If you are caught you will face a fine.

I’m having very mixed feelings over this.  On one hand, I agree because what can a child do to tell the person that the smoke is bothering them?  On the other hand how much stuff does the government think they can control?  Will the next thing be to say no smoking in our home if you have children?

I’m not a smoker so I can’t imagine how smokers feel.

What do you think?  Does anyone else have mixed feelings??  I can see banning smoking in public places where it can be controlled by the government, but a car???  I don’t know, I have very mixed feelings.

47 Responses to Banning smoking in vehicles when children?!?!?!?!