When is it time to leave your kids home alone/Where have all the babysitters gone? 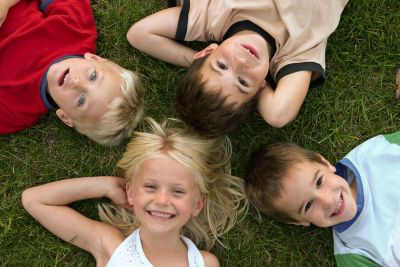 I was reading this post today written by my friend Jen Henry over at Parent2Parent and it got us to talking about babysitters.  So my little brain went nuts.  I’d been thinking about this quite a bit lately so I thought I’d just go ahead and ask this.  When is it time to leave your kids home alone?

It seems that nobody can agree on this.  There are very differing views on it.  I’ve been sitting here thinking about it for hours today.  I’m not really sure when I first left the boys home alone.  I remember when I told them I was running to the grocery store and would be right back.  In under 30 minutes.  I “think” they were 9 and 6.  I really don’t remember clearly.  It’s funny that I can remember every teacher they ever had and can think of what grade they were in but when it comes to how old they were, my mind blurs.  But when I first started doing it, I wouldn’t even go to the store.  I’d drive to the next block, go around it and park in the little cul-de-sac we had one house away from ours and I would sit there for 20 minutes or so and just watch my house.  They had to know what to do but I was still to afraid to “leave” them alone.  So this was just my way.  They were always in the same spot they were in when I left and probably never even cared that I was gone for half an hour.

This woman let her 9 year old son take a subway home in NYC and man, did she ever get beat up in blog world.  Okay, for me, living in Podunk, Nowheresville, that alone would scare me and I’m 50 years old and have never even seen a subway but this boy had been begging her to let him do this and prove to her that he could do it and we have to remember that they took the subway everyday as a means of transportation.  It meant so much to him for her to let him try.  So does it then come down to you do what your allowed to do and what your taught to do?

This leaves me to this, my second objective to this post.  I know for a fact that I was left at home when I was 8 years old.  My parents weren’t far away and only at the next door neighbors and we lived in a very safe neighborhood.  By the time I was 10, I was learning to babysit and from 11-14 I babysat every weekend.  I was pretty much the only babysitter in my neighborhood and other than my allowance, it was the only spending money I had.  Once I was 14 I moved up from babysitting and got my first job car-hopping.

Which leads me to this.  Where are all the babysitters now?  This was the subject of Jen’s post.  Some people don’t feel anyone under 14 should be left home alone but I was already done babysitting by that age and getting a “real” job.  If I hadn’t done it by then, I wouldn’t have done it at all.  Every single young person I know has trouble finding a babysitter for those times they just want to go out for a few hours.  If nobody is letting their kids be home alone, how do they learn these things and how are they supposed to babysit?  We didn’t have this problem when my boys were small.  All kids babysat to earn money.  Now nobody lets their kids do this until they are to old to want to.

Is it because we don’t know our neighbors anymore and most of us did babysit in our own neighborhoods?  Do we live to isolated in our own worlds and ignore everyone else?

Do we do to many things for our children that we don’t let them grow up and learn new things or more importantly, to do more on their own?  Do young parents now do to much for their children?  Do you leave a key outside and tell your child where it is and how to use it?  Do you have fire drills?  Let them answer the phone and take a message and more importantly, teach them how to use the phone and memorize certain numbers?  Do they know what to do if they come home and your not there?

I have two 8 year old grandchildren and I’d crap my pants if they were left home alone.  I think they are both capable of it but to me, they are still so young.  But I do think they should learn what to do and what they should do in certain situations.  I think you should play “what if” games with your children just in case something were to come up and you weren’t home when you thought you’d be and they wouldn’t freak out.  That they could let themselves in, get a snack or know at least who to call.  I also believe it depends on what kind of child you have.  Obviously if you’ve caught your child of playing with matches on several occasions, you may not want to leave them alone but just when is the right time?

Many years ago, kids at age 14 were working at jobs and we all survived.  I had a very good childhood and a good life but I did more at an earlier age than kids do now.  It didn’t kill me and I was a happy child but what is the right thing to do?  Has the world changed that much?  I know there are more people in it and there are scary people in it but don’t you think those “scary” people were in the world back then too?  Do we just hear more about it now?

What does everyone think?  Who babysits for you and how old were your kids when you left them home alone OR when do you plan on letting your child be home alone?

Please share.  This is really being talked about now.

17 Responses to When is it time to leave your kids home alone/Where have all the babysitters gone?