2 Connected By Holocaust Reunited After 63 Years 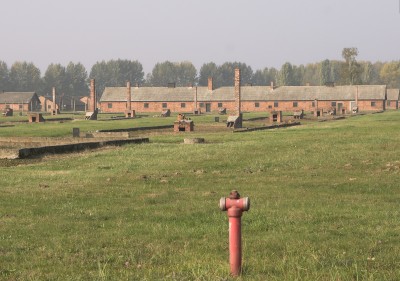 I’m not sure why I’ve always been so interested in anything and everything that has to do with the Holocaust.  But ever since I can remember, something about it really grabs me in.  I’m not sure if it’s the historical aspect of it or just the extreme sadness of it.  To even begin to imagine that something like this really happened.

I was a child when I read The Diary Of Anne Frank and it literally haunted me for years.  I couldn’t get the imagine out of my mind.  Years later I read the book and saw the movie The Holocaust and it was the same thing.  It was full of some of my favorite actors and it was back when “Mini Series” were all the rage.  I saw Schindlers List as well when it came out and while it was gut wrenching sad, it showed someone who at least tried.  Who at least cared about all these people.

The other night on the news when I heard “2 Connected By Holocaust Reunited After 63 Years,” my blood ran cold.  I just couldn’t wait to hear the story.  Isn’t it funny how after all this time, they reunited and they both remembered each other?  I’m not sure if I’d be able to remember back that far.  Wilma was 11 which I think I can remember clearly things from that age but Mia was only 2 1/2.  She remembers the Germans coming and them hiding her and that’s about it.  When her aunt came to get her after the war, nobody wanted that little girl to be taken away.  Then during a bout with tuberculosis, she was abandoned by her aunt and later adopted.

She turned out to have a good life but wasn’t it a shame the aunt, who apparently didn’t want her, didn’t just leave her there and have that family who already loved her?  But a reunion was so touching to watch and defiantly would have been a good read.  I would love to read this book if they ever wrote one.

Does the Holocaust interest you?  Does any other historic period or hard time or other war, occupy your thoughts?  I know my mom was a child during Pearl Harbor and that time period makes her feel sad and full of thought.

8 Responses to 2 Connected By Holocaust Reunited After 63 Years