This time of year….

I’ve been thinking about this a lot lately. Every October or November we start seeing commercials for 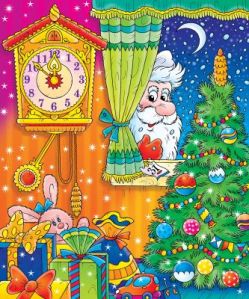 toys. Some are classic toys we see every year but most are in my opinion, novelty toys. You know your kids won’t play with them for long but it’s what they want. You really can’t get away from this. Toy catalogs come in the mail and most kids, they love them. Bailey goes through every one and circles everything he wants. I went into his room the other night and you could not see an inch of his carpet. Catalogs and newspapers were everywhere!! I just laughed and shut the door.

Most of the things he’s asking for are reasonable, some things he’s asking for, he’s wanted for a long time. Then there are the novelty toys. The ones you know won’t last more than a week if that. EleFun is one. It’s a plastic elephant that blows up little confetti things and you catch them with a net. He circled it…I had to remind him he got it 2 years ago and played with it a few times and that was that. I’ll admit he is getting most everything that was on his list. He hasn’t asked for anything to unreasonable. I have noticed the older he gets the smaller the things are yet much more expensive. He doesn’t really play with toys, he’s more into music and clothes and yes, video games. We’ve gotten him the video games he wants but we’ve also gotten him a jersey and hats and board games and ice fishing stuff. All things I know he will use and enjoy for months. I’ve also been sucked into buying the things he’s just gotten into that I’m not sure he’ll stick with.

I know Christmas is so much more than just presents. I do feel that some people lose sight of that. I think every year it becomes more commercialized. I guess we kinda help that along. We know the true meaning of Christmas and are thankful for what we have and always give back. When it comes to kids I do think it’s important that they know what Christmas is about.

When it comes down to it, Christmas morning, all the kids are really thinking about is what is under the tree!! Do you buy into the catalogs and commercials and get what they are asking for? Or do you get what you know they will use months from now? I think we are somewhere in the middle. What about you?

8 Responses to This time of year….