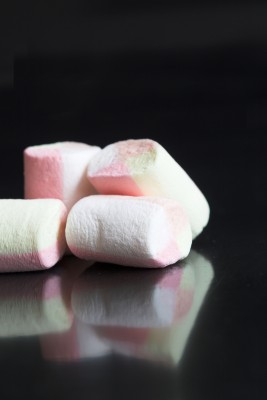 I thought this study was pretty cool.  It was on the news the other night. The instructor told the kids they could have a marshmallow one way or the other but if they could wait until he got back, they would get two.  He would only be gone for 15 minutes, he had to show their parents something. Then he and the parents went into another room to watch them on a closed circuit TV.

That really makes a lot of sense to me because self control is very important in life.  On the other hand, in a lot of business’s, isn’t it the early bird who gets the worm?  You can’t always just sit around and wait for things to happen.  You have to get out there in the middle of it.

I would love to try this with the grandchildren.  I “think” I know what each of them would do but then again, kids make a liar out of you at every turn in a road.

What do you think?  Try it out and see what happens.

18 Responses to The marshmallow test