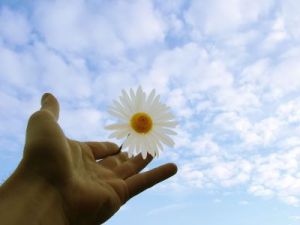 Do you let your friends or family’s opinion of someone affect whether you’re friends with them?  What if you had a falling out with someone and you are willing to give a second chance to them, but your friends and family discourage you from it? I suppose it would depend on what that falling out would entail. Say it was over a man, a man she choose but you didn’t like. And in the end it’s you that chooses to end the friendship. That’s exactly what happened to me.

I’d say about 3 1/2 years ago I became friends with my old neighbor. She was going through a horrible divorce and really needed a support system. She had been physically and emotionally abused by her husband. They lived right behind us and we would often hear them fighting. She never talked to me and would just put her head down when I waved. He did a real number on her. Maybe he hit her one too many times because  she did finally leave. She turned to the one thing she shouldn’t have…the bar. Fortunately  Jason happened to be there that night and recognized her, she was a mess. Jason came home that night and told me what had happened. I immediately felt for her. Over the next year we all became very close. She even dated my brother for a brief period. That didn’t work out so well. She met a another guy, him and I didn’t get off on the right foot. I knew everything that she’d been through and I was damned if I was going to let some man screw her over again. This guy was egotistical, selfish, sarcastic and just plain rude! I tried and tried to get along with him. Jason tried too. We’d talked to her about it and she’d say, “he doesn’t let anyone but me see the real him.”  I took that as BS.

He proposed to her on Christmas, she accepted. Again I tried to sweep my feelings under the rug. They just wouldn’t stay there! We were slowly drifting apart and I felt like I had lost her in a sense. I never expected her to ask me to be her Maid of Honor! I didn’t know what to say, so I said YES! I don’t know why it came out. I should have told her right then and there…she shouldn’t be marrying him, she hadn’t been divorced very long and she was dating my brother just 3 or 4 months before! I didn’t think she was making a wise decision at this time in her life.

Months went on without any real word on when the wedding would be. I honestly figured it wouldn’t last and the wedding would never happen. I figured wrong! The wedding was to be in September. Mid spring to early summer is when she started talking about the wedding and asking me about dresses. Yup, I went out dress shopping and even bought one! Still in the back of my mind thinking it wouldn’t happen.

A few incidents happened between all 4 of us. Things that Jason and I weren’t willing to let happen again. I won’t bore you with those details. Jason and I decided that we weren’t going to be apart of it anymore. That was the end of our friendship. I was sad, her and I always said we’d never let a man come between us and that’s exactly what had happened.

They just celebrated their 1 year wedding anniversary in September. I ran into her other day, she told me she thought about me often and she  was sorry. She said she was very happy and “he” been a positive role model for her children. He had changed and wasn’t the a-hole I’d gotten into so many arguments with anymore. Me, of all people know much people can change if they are willing. I am willing to listen to what he has to say, I will accept his apology if I see it worth accepting. I do miss her. Not the person she became but the person I knew she really was. She went from a scared, emotionally torn women to a outgoing fun person, we felt he took that from her. She’s seems to have gotten it back. I’m willing to give it another shot. Jason is also willing, very cautious about him understandably. I think we have all grown and healed with time. I know certain friends and family won’t see this situation as we do, some aren’t as willing to give out second chances. I don’t know what I will say to them when that times comes. I really shouldn’t have to explain myself but I know I will feel the need to. Life is too short to not live your life the way you want it.

How easily do you give second chances and do others opinions matter to you in the end?