Another year goes by 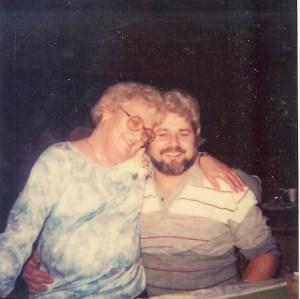 One more year goes by. I don’t celebrate my dads life, I mourn it. Believe me, all the counseling and medication in the world can’t change the way I feel. I’ve tried, well technically they’ve tried. It is what it is. I was 3 when my dad left. I saw him maybe 2 or 3 times in the next 10 years and once when I was 14, then I didn’t see him until he was on life support. The only real part he played in my life was imaginary.

My dad and I started to build a relationship a year before he died, that meant he at least called once in a while. That was huge for him!! I’ll never forget New Years Eve 2000. It was 2am, midnight in LA, he called and woke me up. That made me feel so important to him. Little did I know it’d be his last New Years. About 3 weeks later, he called me and told me that he had a slight heart attack but he’d be fine. I called him everyday, the last words I said to him were, “stay laying down, I love you and I’ll call you tomorrow to see how your doctors appointment went.” He had a major heart attack and severe stroke that night. I took a flight to LA the next day, seeing him like that after going years without seeing him was heart breaking and confusing. I kept saying to my sisters, “that is not him.” In my mind he was different. He was taken off life support January 30th, 2000.

I can remember the Super bowl was playing in the waiting room. I walked outside the hospital and it started to rain. My Aunt says something to me that I will never forget and to this day I don’t speak to her (for various reasons) she said to me, “you get to go home to your husband, Rosalinda (my dads 5th wife who was only 25) has to go home to an empty house.” I said to her, “she will remarry, I will never have a dad, that is for sure now.”

In my mind he was everything I wanted, dreamed of but never had. So who was I burying? The man that had plans that didn’t involve me? That went from loving me so much to not talking to me for years. According to my mom I was the apple of his eye. He even wore a belt buckle with my picture in it. How could he walk away? Apparently it was pretty easy for him, he had done it twice before. So why does his death bother me so much? Because when we buried him I buried that illusion, the dream that I knew would never be. I guess it’s very hard to explain, when I needed to go “somewhere happy” he was there. He was the daddy I had in my mind. When he died, that died.

Nine years ago today, I said goodbye to my father for the last time. I miss him everyday, I miss the idea of having a dad. I wish he had been better at it. I wish he hadn’t chosen the path that he did. Maybe he’d still be alive. That’s what I mourn. I mourn the fact that he never gave me the chance to have what every little girl should have, their daddy. I mourn the fact that my son will never know him. I have few stories and I don’t know much about him myself. I see other girls, women with their dad’s and it makes me happy to see that yet sad I never had it. People say there’s nothing quite like the bond between a father and his daughter. To be able to call my dad my hero…if only. If only he had seen it that way.

In the end he has taught me one thing, to be the best mom I can be and to love and kiss my son as much as he’ll allow me to. He gave me 3 beautiful sisters and that alone I thank him for.

26 Responses to Another year goes by