Back to basics by G-Ma 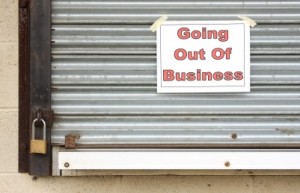 I think we have all been feeling scared and lost and while I have a hard time putting these kinds of feelings down, I came across this the other day at G-Ma’s View and I got her permission to post it on our blog.  It pretty much sums it up. Without blame and without politics involved.  She is a grandma who is raising her two young grandsons and she has a lot to say. Check out her blog more often you guys.  She’s a good gal.

In a recent post, I talked about my belief that we were going about correcting our economy in the wrong way.  I just can’t see how tossing jillions of dollars towards companies and banks that made poor operating decisions, is going to help us “recover”.  If banks and other lenders chose to use poor decision making skills and made millions of dollars in loans to people and companies who couldn’t afford them–perhaps that bank or lender should fail.  Why does everyone else have to suffer in the form of staggering debt and loss of credit opportunity for those who use it wisely?

And look out everyone–if the Employee Freedom of Choice Act (EFCA) passes as it is written, I predict it will run all of the small businesses out of business, and will start a wave of corruption like nothing we’ve seen so far.  While union organization definitely had a place in our country’s history, there is simply no need for today’s employees to fork over part of their hard-earned dollars to a union. The rights of our employees today are very effectively protected through federal and state legislation already enacted.

If history is a predictor of the future, it’s my view that we need to study the events of the Great Depression, and specifically how people lived through those times in order to better understand how we should be raising our children and grandchildren. The people living in those times understood all about survival.  Isn’t that what we want our children and grandchildren to know?  I think we need to return to basics, and stop teaching and demonstrating excessive living.  Here’s where I think we need to go:

HELP YOUR NEIGHBORS
You read all the time in today’s society about really horrific things happening right in front of an entire group of witnesses, and sometimes no one steps forward and does a thing. You hear about children who are abused, elders who are abused, and people who are homeless or hungry.  Are we teaching our children to watch out for and help others?  When our neighbors are gone from their homes, are we watching out for them? When someone passes away, do we take food to their loved ones who are grieving? Do we know our neighbors names? Do we offer to help them in times of crisis?  The people who survived the Great Depression did, and we should be teaching our kids and grandkids the same thing.

EARN YOUR OWN WAY
I have to nearly stuff my shoe into my mouth to prevent myself from commenting when I see young kids, say 10 years old or so who have their own cell phones.  I think it’s the lazy way to baby sit.  I don’t think a cell phone will make a quality decision about whether or not your child or grandchild should go to that place, or do that thing. Thinking everything is okay if they can call in, or you can call them–is a false sense of security.

Lots of parents today are giving their kids their own cars when they turn 16.  Rubbish! If we keep handing our children and grandchildren every thing they want we contribute to the ongoing excesses that have caused our current mess, and worse–we teach them that they don’t have to work and earn their own way.  Someone else will do it for them.

DON’T WASTE RESOURCES
How about the basics of turning off the lights in your room, the tv, the computer, that Play Station, etc., when you’re done with it.  How about splitting that can of soda with a family member instead of drinking half of it, setting it on the counter, and then walking away from it. Why not eat left overs the next night? Why not walk to and from school, or take the bus instead of mom or dad driving you everywhere?  Let’s teach our children and grandchildren not to waste resources of any kind.

DO MORE WITH LESS
Push back, America. Don’t let them forcibly “stimulate” you. Have a modest birthday party at home. Buy sturdy, regularly priced items instead of the fashion brands that don’t really perform any better. Eat out less. Have family gatherings for entertainment. Dominoes anyone? Our so called leaders have refused to allow basic supply and demand to right our economy naturally–so, we can do it for ourselves. Think it through. Will there be anything left in the future for our children and grandchildren if we don’t?

My nephew Shane sat and figured this all out.  He feels we are throwing the money talk around and not giving it much thought.  So here’s what Shane has to say.

As long as the U.S. has been borrowing money, politicians have claimed to be worried about it. Every president talks about the concern of saddling the next generation with the burden of repaying a giant pile of debt. But do we ever really pay it off?

“We’re constantly paying up. And in fact, part of this bad economy is the price we’re paying for having that much debt outstanding,” he said.

Since October, $1.5 trillion has been added to the national debt, because of corporate bailouts and government stimulus plans. Just like with personal credit cards: the bigger the debt, the higher the interest payments.

“Today, the federal government is spending close to $500 billion a year just on the interest,” said Kiedrowski.

Nearly 20 percent of our whole federal budget goes to paying interest on the national debt.

“That’s a drag on the economy. It takes away the use of those capital dollars from a better purpose,” he said

Japan is the United States’ biggest foreign lender, then China and the United Kingdom. But anyone can buy treasury notes.

“You’re paid interest, regularly on that debt. And depending on the term, if it’s a 5-year note, at the end of 5 years you’d be repaid your principal,” according to Kiedrowski.

“We have a dual crisis. Not only the federal deficit. But it’s also the international economy. The president and the Congress have decided to stimulate the economy,” at the expense of growing the deficit, said Kiedrowski.

“We need a stimulus right now in the economy to get us into a position where we can start repaying that debt,” he said.

When times are good, the government does begin to chip away at the federal debt. During the Clinton Administration, the debt level declined. But it rose after the Sept. 11 terror attacks on the America, and skyrocketed after the bank industry bailouts.

Kiedrowski said he’s worried about the mounting debt, not because he’s afraid we can’t pay it off. Rather, he’s concerned that the interest payments will grow so large that it will choke the government’s ability to spend money on anything else.

“I think we’re learning our lesson — that you can’t keep borrowing,” he said.

How does everyone feel about this?  Politics aside, are you scared or worried or are you happy with things?

46 Responses to Back to basics by G-Ma