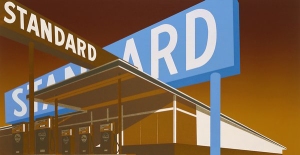 First let me state that I have permission to write about this.  I never write something personal without asking.  Let me start out by explaining what we mean when we say Sue’s “on call.” Sue is “on call” once a week and every 6th weekend or so.  What that means is she has to stay overnight at the hospital. She has to be within so many minutes of the hospital in case there is an emergency surgery.  So on those days when nobody is at home, Trinity gets off the bus here.  It just didn’t make sense for her to go to daycare for a few minutes in the morning and a few minutes in the afternoon so I said let her come here instead.  It’s some of the best times for me.  We really talk about a lot of things that we wouldn’t ever talk about in front of other people.  I enjoy it immensely.

I asked her if she was going to tell her dad and she said “no grandma, you can.”  You have to know how Toby is when it comes to Trinity and boys.  Neither Trinity OR boys come in the same sentence.  He will give you “this look” and you just drop the conversation.  If you ever ask about boyfriends or if she likes this boy or that boy, Toby will just look at you like “shut your mouth!” Have you ever heard this song Rodney Atkins-Cleaning This Gun, it reminds me of this.

So the guys get home from work and we sit down to eat supper and I casually bring it up and start talking to Trinity about it.  I could see Toby turning color.  He didn’t say a word but boy, that look was there.  Oh ya, the look was definitely there all right.  So now he knew about the bracelet and that was it.  We didn’t really ever talk about it again but I have asked Trinity about it a few times since then and she keeps it in her backpack in a little pocket.

So, Sue goes for Christopher’s preschool conference one day last week.  Christopher is going to be 5 in July.  Everything is all fine and well and I’m not sure how it got brought up, Sue can tell us if she wants to but it turns out that Christopher has a “little friend” at school and it’s a “she.”  She is the daughter of a school friend of Toby and Sue’s.  It turns out they stick together like glue.  They play together and sit together and are quite close friends. Hhhmmm….what do you suppose Toby thinks of this??  It also has come to light that Christopher also has a little friend at daycare who is also a little girl and this little girl makes sure she looks good and her hair is combed and everything is perfect before he gets there in the morning.  What do you suppose Toby thinks of this?? He thinks he’s “quite the ladies man.”

Now what makes father’s like this?  I know my dad was like this. He was very protective of me but with my brother it was “different” when it came to dating and girls compared to me and boys.  I had an uncle who was terrible to my girl cousin but her brother was “different” too.  I know Bailey has had little girlfriends too but Jason and Nikki don’t have a girl but I can see Jason being this way if he had a daughter and I’d like to know why.  What is it? I think it’s cute in one way but it is unfair in another way.

What do you make of this?  Was it like this when you were younger?  Do you have girls and is this the way you are?  Come on dad’s and mom’s of girls, what’s your take on this?  Women, what were your dad’s like when it came to you dating versus a brother?