My little pony from Karen

Toy horses are usually pink and plastic – and aimed at young girls.

But, this little pony is 100 per cent natural – and ready to make friends with anyone her size.

Born ten days earlier at a stud in the southern state of Victoria, Australia, the 15 in. miniature horse – which is yet to be named – had already formed a bond with Sam Leith, 12. 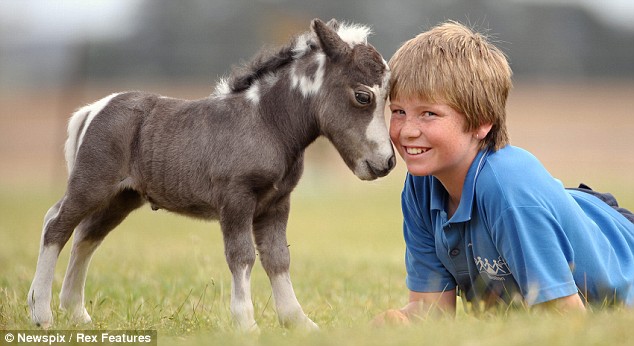 Going for a walk: Sam leads the way, followed by Bliss and her tiny new daughter. 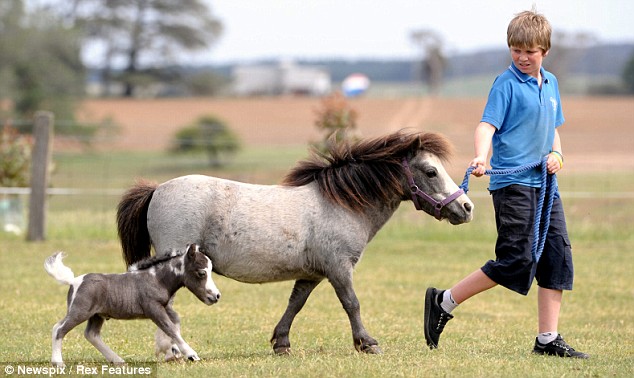 Silver dun tovero in colour, she was given a clean bill of health – and should reach 24in when grown.

The birth has generated such excitement in the community that local people are entering a competition to give the horse a name in time for Christmas.  Owner Lee Scown said she wanted a name that reflected the tiny, unique nature of the horse.  ‘It’s the smallest horse I’ve ever had and she’s so gorgeous,’ Ms Scown said.

The miniature horse snuggles up to mummy as local people try to come up with a name for her.

The horse, currently only a little taller than this book, is expected to grow to about 24 inches.

‘It’s amazing to see a horse so tiny, and she’s about the size of a week-old lamb.’
The horse is the smallest born at Riverdance, and its arrival surprised even its breeder.

‘We got told the mare wasn’t due for another four weeks, but on Sunday morning I walked outside and called her, and out ran the little foal behind her. 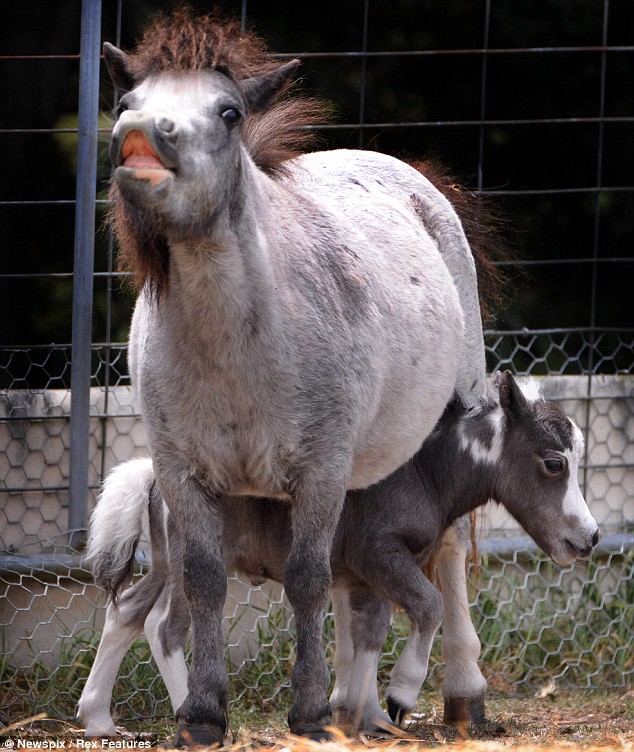 ‘Tight squeeze: The horse is so small it can fit underneath her mother.

9 Responses to My little pony from Karen