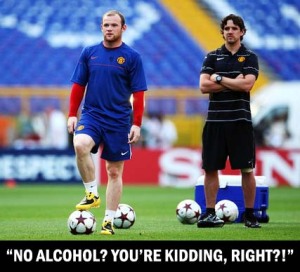 We just built a new stadium for our University of Minnesota Gophers. It’s called the TCF Bank Stadium. All very fine and good. But some “do gooders” have decided that it’s going to be an alcohol free zone. Okay, that’s all very fine and good too I guess. Or is it? You can read a short article about it here.

It would appear though, they are having a hard time getting rid of selling the suites. It used to be standing room only at all these college events. People took business acquaintances to these games and there were “meetings” held in these suites and they were impossible to get your hands on. Now they are roughly only 1/4 full at games.

It would also appear now that there is NO ALCOHOL at any event at this TCF Stadium and not just college events. Apparently there have been some bands that didn’t want to play in this stadium because of this. Live Nation and U2 are okay with it and will play there in June for the first concert.

I have a problem with this for more than one reason. I had no idea that there would be no alcohol anytime in this stadium. I first of all find it very wasteful. Am I the only one who thinks that most kids who are off at college are living on their own anyway? Don’t people think if they want to drink they will? Whether it be at home or at other places on the campus? There’s Northrop Auditorium where alcohol is allowed and I would assume where most of the concerts will now be. They have plays and such as well here so it’s not like this is an alcohol free campus. Isn’t it time to loosen the apron stings yet?

So who’s bright idea was it to waste millions of dollars on this lame idea? The “do gooders” I mentioned above who think everyone should live the way they do? It’s the people who think their way is the right way. “The economy has not helped in terms of people renewing and the alcohol decision has really hurt us as well,” said University of Minnesota Assistant Athletic Director David Crum.” So if the economy and no alcohol sales are keeping people from going, why would they have agreed to this? So now this beautiful new stadium is not going to be full? It will be going to waste?

I personally am not the kind of drinker who would drink at an event like this anyway so it doesn’t really bother me or matter to me other than the fact that they built this for $288.5 million and it’s not going to be used for more than just school events and the minority of concerts. “They” said they were trying to discourage underage drinking but there are other places, many in fact, that allow drinking on campus. There are also people who signed on to rent these suites with the assumption they could entertain clients in them and have a few beers and watch hockey, that want out of their contracts and are now fighting the U.

You know, not all people who have a couple of beers or a glass of wine get drunk out of their mind and can’t drive home. Some groups of people take buses to these kinds of events and some people have designated drivers. Back in the day, Paul and I would take turns on who could have cocktails and who would drive home. Isn’t that a shocker? Not all people who have a couple of drinks are drunken bums. Why do people act like anyone who drinks is going to get drunk and kill someone behind the wheel of a car? I also guess if there was no alcohol allowed anywhere on campus, I would feel differently but I just think this was a group of some “high and mighty” people who just like telling other people what they should do. A lot of college students are old enough to have cocktails or a number of them live on their own and can drink if they want to anyhow.

How about leaving this up to the individual who’s going to have the drink and not “assume” that nobody is responsible. I just don’t understand how building something like this with this kind of restriction on it is like treating all these adults like children and quite frankly, ticks me off. College events would be one thing but all events, I feel is a big waste of this center.

12 Responses to No alcohol allowed