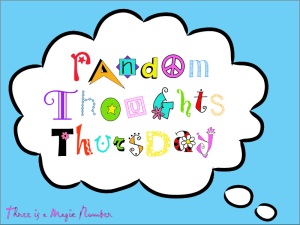 Morning all! I’m just a mixture of emotions this week. I apologize if this gets too negative Nelly on ya!

Laura’s post from some time ago , When Tragedy Strikes, keeps coming back to me. I’m sending you to the part II of her post because it includes the link to part I. I’ve talked about my friend I grew up with who just recently won the fight against cancer. She is in remission and doing okay. Not good, just okay. Now she has blood clots in her lungs. She also recently fell and hit her head, after a dizzy spell. She still lives in the city we grew up in, as do many of the people we grew up with. I see all the time all over her Facebook page, the public messages to her, inspiring words, words of love and compassion. These are people who live by her. Have any of them gone to see her, help her? No. They offer it all the time though. I’m having a hard time understanding people’s motives. It seems as though there are people in this world who will only do what they are recognized for. Why is that? Why don’t people just help, no one needs to know that you are a great friend but that person. That is who should really know it, and feel it. I find it sad, that me 2,000 miles away is her confidant. Not that I am complaining, I love her and I do what I can from this far away. But why can’t the people, like me that have known her practically her whole life step up?! It bothers me. 😦 I had to get that off my chest.

So, Bailey had his tryout for baseball on Sunday. This was the first time he had to tryout for anything. He wasn’t nervous at all. He was excited, he had been practicing everything he learned. There are 2 teams they are making. AA team and AAA team. The AAA team being the better of the two. Obviously that’s his goal, but we did talk and there is always the chance of not making either of them. Unlikely in my eyes, but you do have to prepare them for that outcome. That’s not to say he wouldn’t still be devastated if  he didn’t make a team.

We weren’t allowed to stay for the tryout. We were, to our surprise, nicely asked to leave. They don’t want parents interfering in any way. We both understood that. So now we wait. The teams will be posted online April 5th at 9am. Keep your fingers crossed! 🙂

My mom will be flying in from California on Sunday for a week. She’s in the process of moving back here, she’ll be job hunting and hopefully interviewing while she’s here. Wednesday we’re taking the kids, Bailey and my brothers 3-year-old daughter to the Science Museum. I love that place so much! They have this maze of tunnels.  I can’t even tell you how excited I am to play in there. It’s beyond FUN! They also have “The Dead Sea Scrolls” exhibit open now. Bailey’s excited to see that. Him and his dad are History channel addicts.

I hope everyone had a great week, and has an ever better weekend!! 🙂