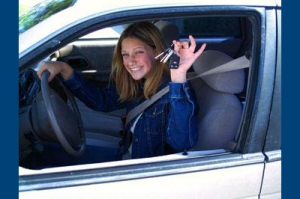 Last week we had a couple of very tragic accidents claiming the lives of many of our young people. Here is the news story of one of them. Several things came out after this article. There was no alcohol involved and the only survivor was the young girl driving one of the cars and she was the only one wearing a seatbelt. Now everyone and their brother is talking the pro’s and con’s of 16 being to young to drive.

Okay, deep breaths……. I was pretty much taught to drive when I was 10 or so. I didn’t drive anywhere alone then but I was taught. I spent the summers in Canada at my grandparents farm and all kids were taught to drive. We would take cold water to our uncles working in the fields as well as their lunches and snacks during the day. We would just drive to what field they were working in.

When I was about 12, one of the neighbors had a son. I don’t know what was wrong with him but he never did talk or communicate in any way. He was like a baby his whole life. He was very soothed riding in the car so the dad made a track like thing around a bunch of out buildings and sheds and a service road (kind of) next to the driveway in a circular type pattern and we would drive this kid around that track over and over and we thought we were queens. It was fun to us and that’s how I learned to drive.

Which leads me to this. If we raise the age of driving, what age should we pick? 17? 18? Don’t kids leave home at 18? They can vote at 18 or join the armed forces or even get married and start a family. Now on top of learning all these new things in life, you expect them to learn to drive when mom and dad are NOWHERE around to “teach” them the how’s of driving?

I’m thinking the age should be lowered. OR, maybe start drivers ed sooner but don’t let them get their license until 16. I’ve heard all the “brain doesn’t develop” *blah, blah, blah* arguments and they don’t make any sense to me. We taught our boys to drive slowly, over time. You don’t just stick a kid in a car and say “see ya later.” I believe you have to show them. Explain things to them so they know. How can anyone possibly think that a year before a kid leaves home that they learn to drive? I feel good driving skills have nothing to do with age. To me, in my opinion, it’s something that you learn and the more you do it, the more you’re taught, the better driver you will be. I believe EXPERIENCE is the key to good driving skills and not age. Because everyone makes mistakes in the beginning so isn’t it best to make those mistakes with mom and dad around?

Not all 16 year olds should be driving. Some people should never drive. It’s up to you to know your child. It’s up to the parent to determine if they think their child should be able to drive. I used it for a year over Jason’s head and it worked like a charm for his grades. “If you want to drive, you better bring up your grades.” He was a horrible driver but we were there to teach him. I couldn’t have imagined HIM leaving home and learning to drive at the same time without us around.

My sister-in-law Nancy has teens now and she said there’s a log you have to fill out and you need to drive X amount of hours before you can take your driving test and most of her son’s friends parents just signed them and those kids didn’t have all the required behind the wheel hours but the parents lied for them. *shaking my head* Those are the problems if you ask me. So many people don’t take the time to teach their kids anything. They just pass the buck and then wonder why bad things happen.

I believe firmly that you have to, it’s your duty as a parent to teach your kids to do things as soon as possible so when they are learning, you are there to give them pointers. Even if they act like they’re not listening, they really are. I have “people” right now in my life who’s lives are on hold because they didn’t teach their child “how to live” and now this child should be out of the nest but doesn’t have a clue how life works and is emotionally a 15-year-old.

I’m not by any means saying my kids had no problems. But this young 16-year-old that was driving this vehicle, she was the only one that survived and she had only been driving for 3 weeks yet she had 3 other peers in the car. That right there has me thinking, HUH?? Even when Jason and Toby got their license, they didn’t take a car alone for a long time. My boys also knew there was no bullshitting me and if I felt I had to, I wouldn’t have had a problem following them and they knew it. I had to do that with Jason more times than I like to admit but damn guys, you have to know your kids and sorry to say, they will lie to you.

How old do you feel you should be to be allowed to drive?