How To Help Children Frightened By Storms 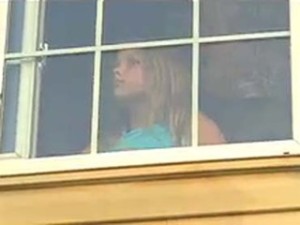 This good question came at the right time of the year. How to help children frightened by storms. Do your kids get scared? Did you get scared when you were young? Everyone who comes here often or knows me, knows I’ve been through a lot of tornado’s. Back in the 60’s I was in the one of the worst storms of my state’s history and it did teach me at a very young age to respect mother nature.

Even though I was very scared, I really tried keeping it together when I was ushering my young boys into the basement while their dad went outside and watched it!!! Some things never change. BUT…I let them have flashlights and we had “tornado toys” and stuff in the basement. The only time they ever really got scared was once during an “all nighter,” the storms and rain were so bad that the water started coming in through our basement walls and that scared them.

I have a nephew who was unnaturally scared of storms and he got to the point for a few years that he was like the little girl in this new story. He worried so much about what might happen and if a cloud came in the sky, he just freaked out. He wouldn’t go to swimming lessons and he wouldn’t play ball. His life pretty much stopped during the summer for a good three years.

So I tried teaching him about storms and about tornado’s so he could learn more about weather conditions and if they were ripe for storms or not. I think in the end he just outgrew it. I’m sure most kids do. I know a lot of adults who are plenty afraid of storms but I don’t think it dictates their lives. But I do think a lot of kids will act in the same manner their parents to. If the  parents freak out, so will the child.

7 Responses to How To Help Children Frightened By Storms