Sue’s Mouse Story prompted me to want to tell this family legend, from my brother’s  childhood, when he was around 13.

Mike, my oldest brother (he’d have been about 15), and Jim (13), my younger big brother owned a Queen snake.

They kept it in a “terrarium” – a large-ish aquarium with a concrete habitat inside it.  One of my uncles was a bricklayer at the time and a lifelong nature-lover.  He’s very good at building habitats like this, so he used concrete and rocks to build up a natural living space for the snake – rocks to sun on, leaves to sleep in.  One morning, my mom placed the terrarium outside to allow the snake some fresh air and light.  When she returned some time later, the snake was gone.   They never found it.  So my parents stowed the terrarium in the crawl space of the house, and kinda forgot about it.

Meanwhile, my cousin Larry was returning from Vietnam via the West Coast, and as he traveled through the western half of our country, he came across a cuddly little prairie dog, which he bought to bring home to his mother, Phyllis, and sister, Karen, as a gift. 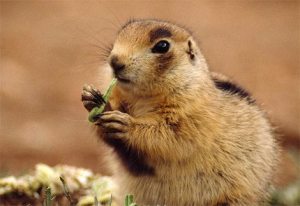 They loved their cute little prairie dog, and asked my parents if they could borrow the terrarium for it.  After all, it already had a habitat built in that resembled the prairie dog’s home.  So the terrarium was delivered, the little pup settled in, and all was well.

One idyllic morning, Phyllis and Karen were relaxing over their morning coffee and enjoying watching their little dog mincing around his new home.  Sitting up, munching on nuts, sipping water…  and completely oblivious to the silent being moving slowly out from under a rock ledge behind him…

The serpent hadn’t escaped that day in the sun.  She’d gone into hibernation.  And now she was awake, very hungry, and here was breakfast, fresh and fat, ripe for the picking.

Karen’ s screams could be heard by Neil Armstrong, who happened to be golfing on the moon at the time.

My mother’s phone rang, and she could hear the shrieks coming from that kitchen 30 miles away.

Because my parents were so far away, a neighbor swooped in to rescue the damsels in distress.  And their pup, of course.

The snake was released, the pup saved, and the ladies helped down from their chairs and onto the couches, where they were left to recover from the vapors.

16 Responses to Prairie Dogs for Breakfast