Do Benefits Keep People From Working? 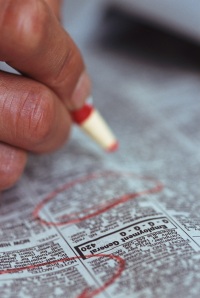 This Good Question could cause debate and really, there’s not a whole lot I’m going to say about it personally because I’ve know people who’ve gotten laid off and really taken advantage of it and I’m not willing to take the risk and cause problems but what do you think?

Here is the story. I’m always fascinated how people look at this and how some jobs are just beneath them. If it means taking a handout from the government and receiving food stamps and going to food shelves, some people I know don’t seem to have a problem doing that. If they can’t make what they were when they were working, or what they make while unemployment, they’d rather sit home.

Here are a few statements from people in the story in case you don’t go read it.

“DB wrote that his unemployed wife got a retail job, “but when she realized she would have to work 15 to 25 hours per week to just equal her unemployment,” she took a pass..

Jennifer Westphal admitted, “I looked a lot less fervently because I had benefits.” She ultimately found a job, but wonders, “If you deduct what I would have got from unemployment and what I pay for child care, my net gain is about $5 an hour. Sometimes, I wonder why I didn’t just stay home on the government dole.”

What do you think this boils down to? Is it a work ethic thing? If our parents didn’t miss work or go unemployed, we’re not likely to either? I can’t ever remember either of my parents staying home from work. Paul and I never missed work either and now our 2 boys never stay home. Is it learned behavior?

Stating again from the story, “So, the question is about how much of cushion is just right to take care of people in a bad time. “How comfortable should we make this cushion? If we make it too comfortable, people won’t get up and get out of the cushion,” noted Reardon. If it’s not comfortable enough, it hurts the overall economy, he added.

What do you all think?

6 Responses to Do Benefits Keep People From Working?