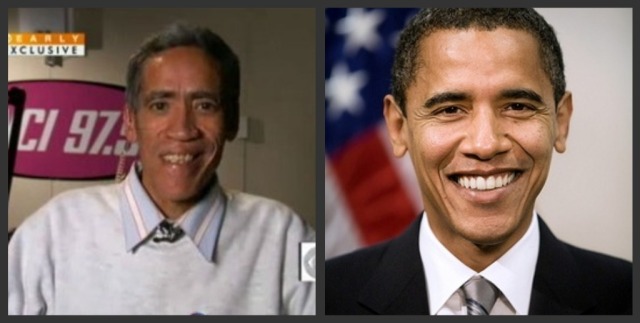 On the left is the “golden-voiced”, former homeless man, Ted Williams, who was discovered living on the streets, and is now working for the Cleveland Cavaliers.

On the right is our President, Barack Obama.

Am I the only one who sees a resemblance here?

13 Responses to Separated at Birth?