The things that used to seem normal 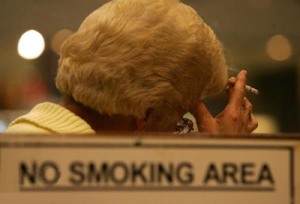 I was sitting watching Ordinary People (at minute 1:53 is what inspired this post) a few weekends ago and I was just floored when Judd Hirsch, who played a psychiatrist, sat in his office WITH HIS patient smoking one cigarette after another. It shouldn’t have shocked me. I lived in that time. I smoked in the hospital IN THE ROOM when I had both my boys. Still, it really shocked me that a doctor would do it.

Then later on we were watching Family. Anyone remember that show? I bought the first 3 seasons of it and Paul and I watch it at night if nothing is on after the news. Well, Kate, the “mom” on the show had jury duty and some of the jurors were smoking as well as one of the “lawyers.” They even had those built-in ashtrays on the sides of the jurors chairs like what used to be in the movie theaters.

Later on in another episode they showed a young couple in a hippie van holding their baby. No car seats! Then there was a scene in a drugstore, remember old-fashioned drug stores???? Anyway, in the drugstore there were pay phones right inside the door. How many of those do we see anymore?

It strikes me as odd to see this stuff now but I lived this. So many things in life have changed. I didn’t bring either one of my kids home from the hospital in a car seat and I smoked right in the room in the hospital. It seems so bad now.

What do you see from past shows, sitcoms or movies that must make you sit back and say WOW?? And all you young people, what do you think when you see someone in a  hospital smoking in a movie or old TV show? Fred Flintstone smoked. Did you all know that? Or kids riding in the front seat of a car with no seat belt or car seat in sight? Can you even imagine not having a cell phone?

11 Responses to The things that used to seem normal