The Things We Do For Shoes 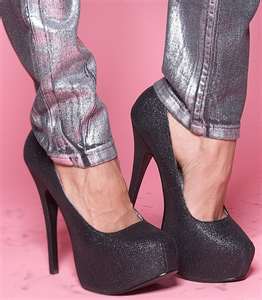 An unidentified high school boy in Florida has been asked by his principal to not wear his signature high-heels to school.  According to the news report, this young man wears the shoes because they “make him feel more confident.” But when they caused a “classroom disturbance,” his principal asked him not to wear them…

“As a principal of a high school … I have to make sure he’s going to be okay,” Heilmann told Fox, adding he was worried the student would be subjected to bullying. “Anytime anyone goes out from, quote, ‘the norm,’ or anytime anyone wants to make a statement, you have to be willing to take what comes with it.”

Now. I’m one of the first people to complain that we’re throwing way too broad a net with the term, “bullying”.  What was once a tiff between kids is now considered bullying. What used to be called a ‘cut-down fight’ – with each kid trying to one-up the other with the insults – is now labeled bullying. Any time someone notices something different about someone else, and says it out loud, it’s called bullying. So kids are either getting busted left and right for “bullying”, or the schools throw up their hands completely, because they’re trying to micro-manage, and real bullying gets ignored.

So when I heard this principal’s point of view, I had to agree. Assuming (and I have not read any different anywhere) this kid has not been verbally or physically abused over his choice of footwear, he should be expected to stand up for himself when he wears them. They’re ‘weird’. They’re out of the norm. Just like the kid with the blue mohawk should expect strange looks, so should the boy in the red pumps.

But an article I read (an opinion piece) said that the principal was “caving to the bullies” by telling this guy that he needs to stand up for himself. Her point was that the kids should be tolerant of this young man’s choice, and nobody should say anything about it. And that the principal’s opinion was wrong.

So, what do you think? Assuming that the shoes didn’t violate school dress code (because that’s a whole other discussion), and assuming that there was no bullying, but that there were some comments here or there, should the principal have told the boy to leave the shoes at home if he wasn’t prepared to defend his choice? Or should the principal have come to his defense, and dealt with any other kids who were making remarks?

5 Responses to The Things We Do For Shoes