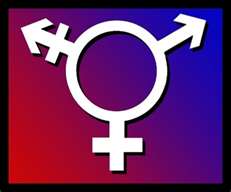 There’s an issue brewing in Illinois right now; one that could cause permanent records to be altered forever, with no consequence. Transgendered people are suing to have their Birth Certificates changed to reflect the gender that they feel they should be, rather than the actual gender they were born as.  Illinois currently only changes the Certificates for those who have had gender reassignment surgery. Transgender people have opposed this, because not everybody can afford the surgery, or wishes to undergo it. To make things more complicated, before 2005, the Birth Certificates were being changed without the surgery.

I have a problem with this all the way around, and not because I have a ‘thing’ against those who are Transgendered. We have just come out of a period where our country was sharply divided on the heritage of our current President. Was he born in the U.S.A. or in Kenya? Was Hawaii legally a state when he was born? Was his name even Barack Hussein Obama, or was it Barry Soetoro? Regardless where you stand on the whole “Birther” issue, the basis stands the same. Mr. Obama released his “long form birth certificate” earlier this year, putting the issue to rest for most people. And the only way he could do that is because we generally accept that Birth Certificates, along with a host of other official documents, such as Marriage Certificates and Death Certificates, are matters of federal record, and therefore, not subject to change.

Now a group wants to go and change that, because they “feel” a certain way. It is wrong.

Consider this: my husband is adopted. It’s no secret, and he’s proud of that fact. But I’m looking at his Certification of Birth. On it, it says that his adoptive parents are his “real” parents. There is no mention of him being adopted. No mention of a separate Birth Mother anywhere on the paper. Somewhere, there is a Certificate of Adoption, as well, but she is not listed on there, either. It’s as if she never existed.

I get that this used to be done to protect the birth mother, that our society was not as forgiving of young ladies who got pregnant out of wedlock for any reason. But it doesn’t reflect fact, either. What if Steve had wanted to research his medical history? He cannot do that, because there is no record, anywhere, of birth parents. What if he’d come down with some elusive disease that doctors suspected was genetic? No way of tracing that information. How does that bear out for Steve’s children? Oh, sorry, you’re out of luck?

I’m not against keeping the identity of birth parents confidential. Frankly, I’m not against Transgendered people living the way they are. But if people want to go and tamper with official documents, it should come with an asterisk (*). It should be noted that this person chose to become a female after being born male. If an adoptive mother wishes to be listed as the only mother for her child, she should have a notation that the child was adopted. If for no other reason than because it’s a fact.