Pull Up a Bale… 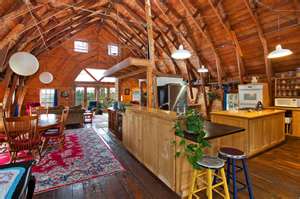 I figured, since I was having such trouble with my lawn mower, I’d have you all over to hang out in the barn with me while I worked on it. But then I looked around my barn and decided it was disgusting, not fit for humans. So I decided to gather in a much nicer barn loft. Figured I’d find one with some nice cushy bales of hay that I could throw a couple blankets over. Then I found THIS one. I thought it looked really cool, so I swiped it.  We’re gathering here today for our chat. So pick a spot to sit, grab a glass of lemonade, and we’ll catch up.

And if you’re mean, there’s a nice, fresh compost pile right out back…

(ps… apparently, the barn is for sale. It’s pretty cool, all remodeled from its previous use as a dairy barn. Click the picture to see all the details if you’re interested)

15 Responses to Pull Up a Bale…