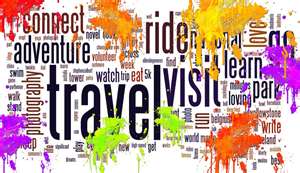 I learned a couple of new terms tonight. They are kinds of “lists” that people make. So I’m going to present them to you, and then ask you about yours…

The first, Bucket List, is a term that most of us are already familiar with. This is a list of things that you want to do before you die. They could be small things, like learning to bake the perfect Black Forest Cake (one of mine) or work a sewing machine. They could be huge, like scaling Mt. Everest, or building and flying your own plane (that’s one of my brother’s, by the way).

A Grit List is a list of things that you hadn’t ever planned to do, but if it was for a good cause, you’d grit your teeth and do it. An example… I heard about this on the radio, and the talk show host said that she never, ever, in a million years, wanted to do a Polar Bear Plunge (jumping into a freezing lake in the middle of a MN Winter), or Rappel down a building. But she did both earlier this year, because she was invited to take part by Special Olympics. And being a celebrity in her area, her presence made a huge difference to her local chapter. So she did it.

The third list is the funniest. It’s the Grow a Pair List. This consists of things that you really should have done by now, but are too chicken to try. Like if you’re an adult and you’ve never learned to ride a bike.

Bucket List is the most popular of the three. I don’t have one written down, but there are a few things that I can throw out there, just to get the juices flowing. Most of mine involve travel…

How about a Grit List? I can think of only one thing right now… and that is Skydiving. I’m terrified to do it. In fact, my brother (who was Airborne in the Army) once told me that if I was afraid to try it, that it was the one thing I shouldn’t “face my fears” and do, because it could kill me. But for the right cause, I might consider it. Might.

And I can’t think of anything, at the moment, for my Grow a Pair list. The guy on the radio, who inspired the name of the list, just erased one of his last weekend by learning to build a campfire. That’s the kind of stuff that would be on this list. Stuff that you, as a functioning adult, should have learned at some point in your life, but never did.

How about you? Try and think of something for each list…

This entry was posted in adulthood, bucket list and tagged bucket list, desires, dreams, growing up, plans. Bookmark the permalink.