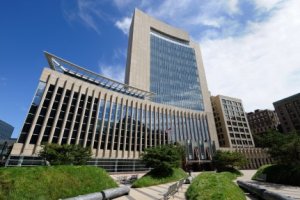 Okay. This really irks me. My mom gets this very official look letter yesterday from the United States District Court, Minnesota District and she gets her feathers all in a ruffle and calls Paul at work and asks him if he’ll come and read it. She can’t read anymore and the letter scared her. So he goes over there and reads this letter.

I’m sure a lawyer (SKL) knows about this stuff but I don’t and my poor mother didn’t. Apparently they create something called a Master Jury Wheel and names are just picked at random and you’re kind of “maybe” going to be on a jury if they accept you. I guess it’s killing two birds with one stone. That way the juror knows that “maybe” they’ll be called upon and they let you know “about” when you can expect it in the coming year.

Okay, all very fine and good but my mom is going to be 77 in July. One of the first things is says is: If you are over 70 years of age~check this box! The rest reads:

~A person who has served as a grand or  petit juror within  the last 2 years~A person who serves without compensation as a volunteer firefighter or a member of a rescue squad or ambulance crew for federal state or local government agency~A person having primary care/custody of a child under 10 years of age whose health/safety would be jeopardized by your absence ~check the appropriate box.

We all know the government KNOWS everything about us. They have pictures of our houses for Pete’s sake. Why would they send this to someone who’s going to be 77 if they have a specific box to check so you don’t have to? Do they maybe need or want older jurors but give them an out if they can’t make it? This isn’t in a courthouse near home. It’s not a county thing. It’s a state thing so she’d have to travel to either Mpls, St. Paul, Duluth or Fergus Falls. None of which are anywhere near us plus the fact that she doesn’t drive.

Why do they waste this money? First of all, don’t they know if you’re a fireman or paramedic OR a state worker already? They had her address and all pertinent information when I logged in to fill out her form online so surely they have a general idea about us and at least know how old we are. There are 2 letters in here and one is on very nice paper. It’s not just copy paper. Then there’s a questionnaire, a brochure and return envelope with postage paid.

I think this is a colossal waste of money UNLESS they want older people to be on a jury. How do they expect a 77 year old to make that trip? One way or the other we’ve over an hour away from any of these places with Duluth being the furthest. If money is being wasted for stuff like this, what else is there? Couldn’t they  make a phone call? Maybe actually talk to a real person and hear their story? Now that I filled in that form, my mom is still nervous because we won’t know anything until someone goes over this stuff. I’m going to assume she won’t be selected since she’s almost blind and doesn’t drive but really, this whole thing irks me. Older people worry about stuff like this to begin with and now she’s worried.

At first I tried calling but the “menu” went on and on using almost all the keys on the phone. The Internet was the easiest thing but what about people who may be alone and not have a computer?

Do you think this is a waste? Isn’t there a better way to do this? What else do you find a waste?

9 Responses to Don’t they already know????