What’s the point of “setting people up?” 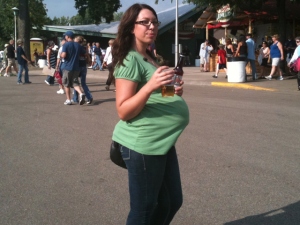 Okay, I have a big rant coming. On the news the other night THIS was on. They call these things “social experiments.”

“A social experiment is a real field experimentation of how people/society react to situations both real/hypothetical. With it you gain an understanding of how people/cultures work.

For example, Americans generally have a need for space between others (i.e, personal bubble) and do not like it when that space is invaded. So for example, someone testing might just go up to a total stranger and strike a conversation with them but be really close to them, or go to a men’s urinal and take the urinal right next to the other guy instead of the farthest away like guy code stipulates.

There’s lots of observation and note taking while this is going on and from this we can gather understanding of cultural norms.”

What I’d like to know is WHY do these? I think the way society has become that this is just asking for a fight AND it’s sticking your nose into something that’s NONE of your business. Why would you want someone to get into a fight with a pregnant woman at the fair? How is it any of our business? I didn’t drink more than a couple of beers when I was pregnant but that’s MY business and not the patrons of a restaurant or store OR FAIR.

Then you add in this show, “What Would You Do?” You can go over there and check them out. I’ve never once seen this show and when I went to the website it almost made me feel ill. Here are a few of the topics: Gay Parents Bashed. Interracial Couple Harassed. Pregnant Teen Dilemma. White Mother Adopted Black Daughter. This list goes ON and ON.

I just want to know what anyone thinks stuff like this accomplishes? I did watch that one clip of the Gay Parents Bashed and it made me want to cry. That waitress harassed them while they were eating WITH THEIR CHILDREN! When it affected those two kids, my heart broke for them and then they started defending their two moms. How sad is that?

The other thing that bothers me is this is done on a LOT of blogs. I know Laura, SKL and I go to other blogs. I don’t know if the rest of you do but subjects like these are tossed around every single day and then we, like a bunch of ninny’s, fight about these issues. And usually the title is WAY OVER THE TOP so a lot of times, people are arguing over a title that the post really isn’t even about.

Where do people get these idea’s that just because they do one thing, it’s  the “right and only way” to do things. We all have our own choices to make and it’s NONE of anyone else’s business?

Do you watch these shows? Do you think you have any right to go up to a pregnant woman and tell her off in a public place? Do you feel you have the right to blast a family eating out because they’re gay or they’ve adopted a child of another race? What’s okay with you to confront someone over?

Do you feel like I do? It’s to me like you toss a bone to a bunch of dogs just to watch them fight it out? I guess some people get turned on by fighting but I’m not one of them. Not about personal issues.

26 Responses to What’s the point of “setting people up?”